Growing up in Florence and delighting in the exploits of the brilliant Valentino Rossi on TV, Sara Cabrini rode horses before switching to bikes and becoming a test rider for an Italian tyre company. She made the step up to competition racing mini moto bikes in the Italian Dodici Pollici cup where she immediately demonstrated her raw speed and instinctive race craft. That led to a last-minute call from front-running Team Trasimeno to ride for them at Mugello in the final of the Italian-based Elf CIV Women's European Cup where she claimed a sensational third place to become rookie of the season. The team has now snapped her up to race for them for the entire season alongside racing in the inaugural eSC championship. 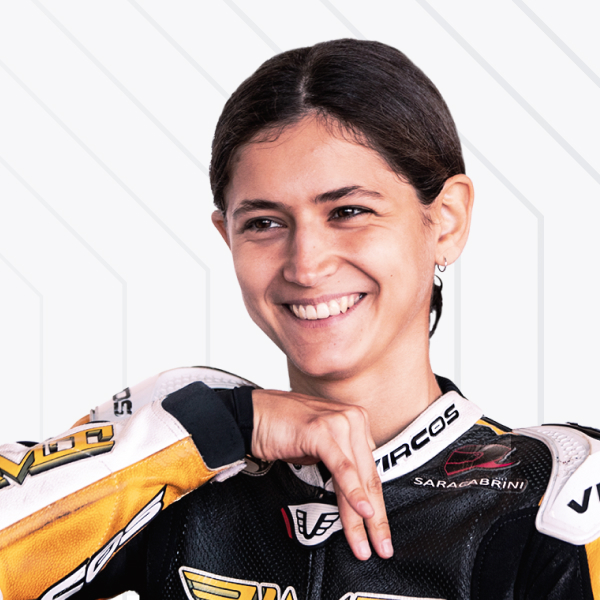