Now into its third season, the 2022-edition of the Italian-based Elf CIV Women's European Cup is a nine-round championship for SuperSport 300 bikes, with races in Italy, Spain and the Czech Republic. Roberta Ponziani joins the eSC along with two other riders Sara Sanchez and Sara Cabrini from the series. The trio all finished in the top four of the championship last year, but missed out on the title.

Hailing from the small town of Montorio al Vomano in the hills of the picturesque Abruzzo region of Italy, Roberta says there was no interest in motorsport in her family when she was growing up. Her parents run a small bakery where she continues to help out every morning.

Aged nine, she convinced her father to purchase her a mini bike and within two years she was competing nationally. As the only female in the category - she brilliantly won the Italian CIV Junior Championship for mini bikes in 2014. After entering European competition, she decided to swap for full-size bikes in the Women's Cup.

In 2020, Roberta started the season well, taking four podiums in the first five races until the championship was curtailed as a result of the Covid-19 pandemic. Last year she finished third overall. Now riding for MotorxRacing Team, she hopes to take the top spot in 2022. 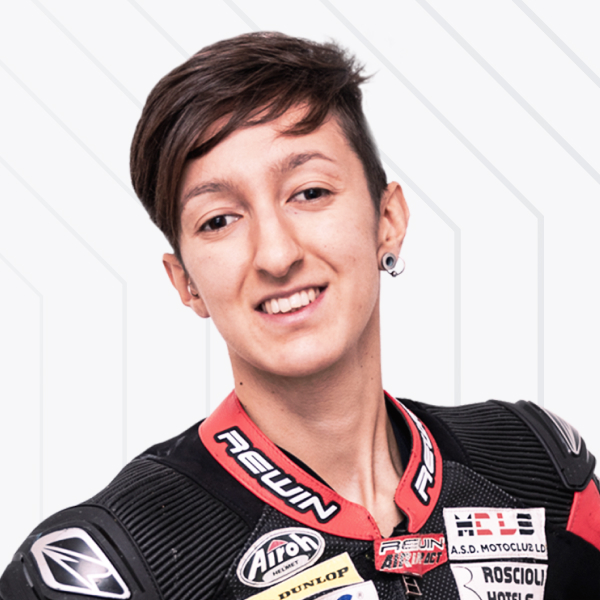