When a friend of Elise Christie invited her to a skating rink at the age of seven, she found a natural affinity with the ice. Elise started with figure skating but it wasn't long before she realised she wanted to race. “I liked the adrenaline rush of racing. I won my first race and they gave me a box of chocolates,” says Elise today. “I thought, ‘they give away chocolates rather than medals? This is way better!’”

At the age of 16 she was invited to train at the national centre for short track speed skating. It meant moving away from her home in Scotland to Nottingham but her rise up the British ranks was meteoric. From never having seen a full-size track, she went from one of the slowest skaters in the team to one of the best in the world. She won gold medals at various distances in both the European and World Championships and qualified for the Olympics.

A broken ankle meant she missed out on Tokyo and she admits her life hit a bit of a crossroads, which is when she became interested in eSC.
“I’d reached a point where I didn’t know what I was doing with my life. I could have gone into a downward spiral, because I’ve been in that position before, but what I found about eSC was the way I was treated was so refreshing.”

The story of her struggles with anxiety and mental health, is detailed in her book ‘Resilience’. 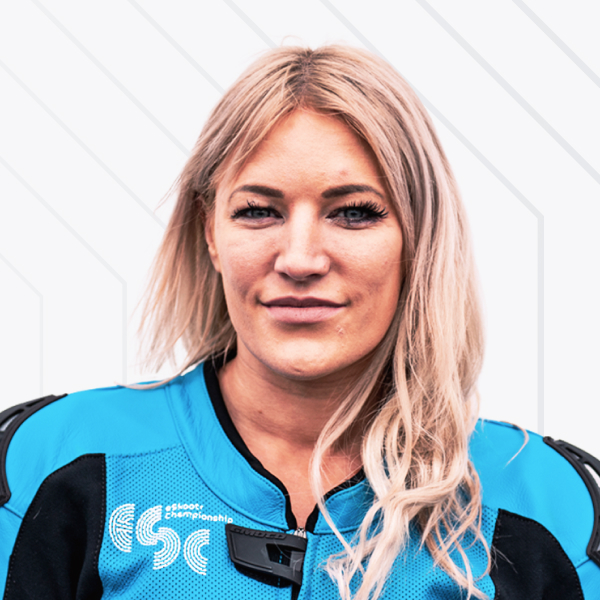