As winner of the  Cross Fit Open Championship, Anish Shetty is officially the Fittest Man in Asia – the most populous continent on the planet! To maintain his staggering fitness levels, Anish trains six times a week in the gym and also operates a racing school and riding academy at a motorcycle circuit in Bengaluru.

Anish was 15-years-old when his father bought him his first motorcycle. In those early days he would spend hours in a workshop close to his home tuning his machine and racing against his friends.

Two years later, Anish entered his first race and also started freestyle stunt riding. His rise through the ranks of Indian motorsport was imperious, as his off-road exploits landed him 20 podiums in just two years. From there, Anish switched to circuit racing and won multiple Indian national championships. He graduated to the Asian Road Racing Championship and became the first rider from India to score points in the series. Since then he has competed in cross-country rallies and won the Desert Storm Rally.

The growth of motorsport in India and the number of participants actively taking part has led the 27-year-old to establish the 44 School of Racing in his home town of Bengaluru. He trains riders for circuit racing, cross-country rallies in addition to freestyle stunt riding and bespoke motorsport fitness programmes. 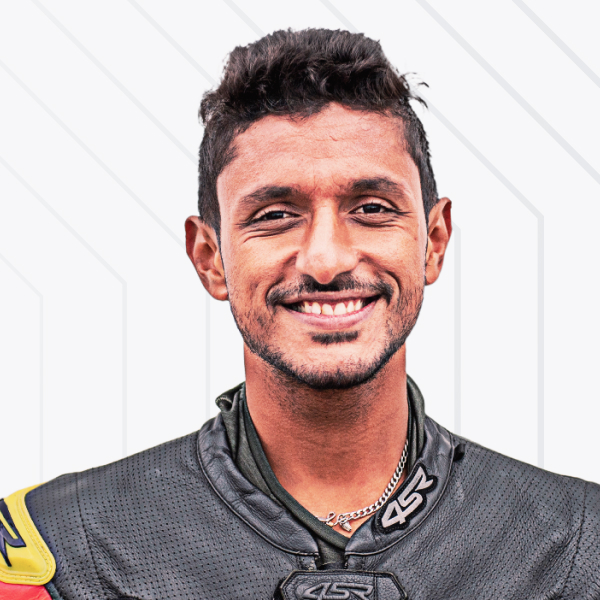