The world of the electric scooter racing is a far cry from the loud, noisy Super Hooligan races that Aaron Guardado normally races. The Californian has competed in the event at X Games racing souped-up Harleys, which he and his brother Shaun customise in their Long Beach workshop.

The Guardado brothers have always been attracted to cars and bikes and have spent their lives fine-tuning machines to maximise their performance. Aaron's a big fan of Valentino Rossi and says it must be fate that his bus route to school was 46!

The pair learned their trade working at their father's business before branching into their own company, SMCO (Suicide Machine Company). “We do demolition derbies, build flat-track bikes for X Games, snow bikes for winter X Games and right now I’m working on a vehicle which I’ll go and race at Daytona,” says Aaron.

The American is also a regular in the Gumball 3000 rally, the 3,000km celebrity road race around major cities in Europe or North America. But he's just as at home on an electric vehicle. Last year, he took an electric Harley-Davidson LiveWire to Laguna Seca for a demo at the final round of Moto America. “Suddenly, because I was riding it, a lot of people stood up and took notice…” 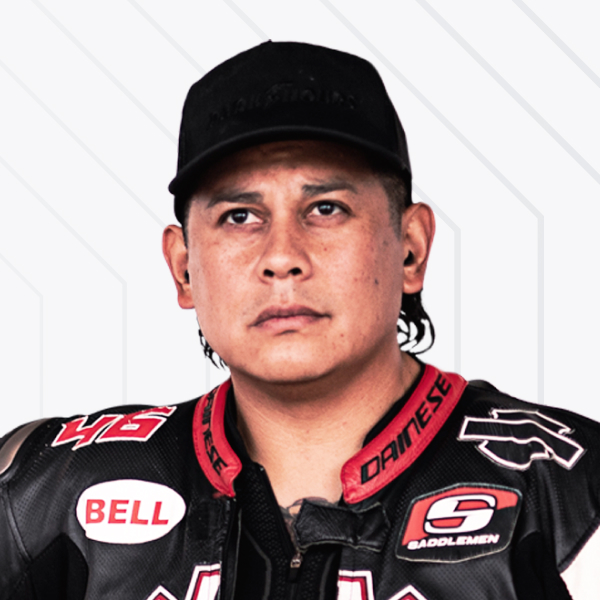