Bengaluru rider Anish Shetty leads the 2022 eSkootr Championship through a combination of skilful racing, peak physical fitness and the motor racing know-how of his Carlin team. 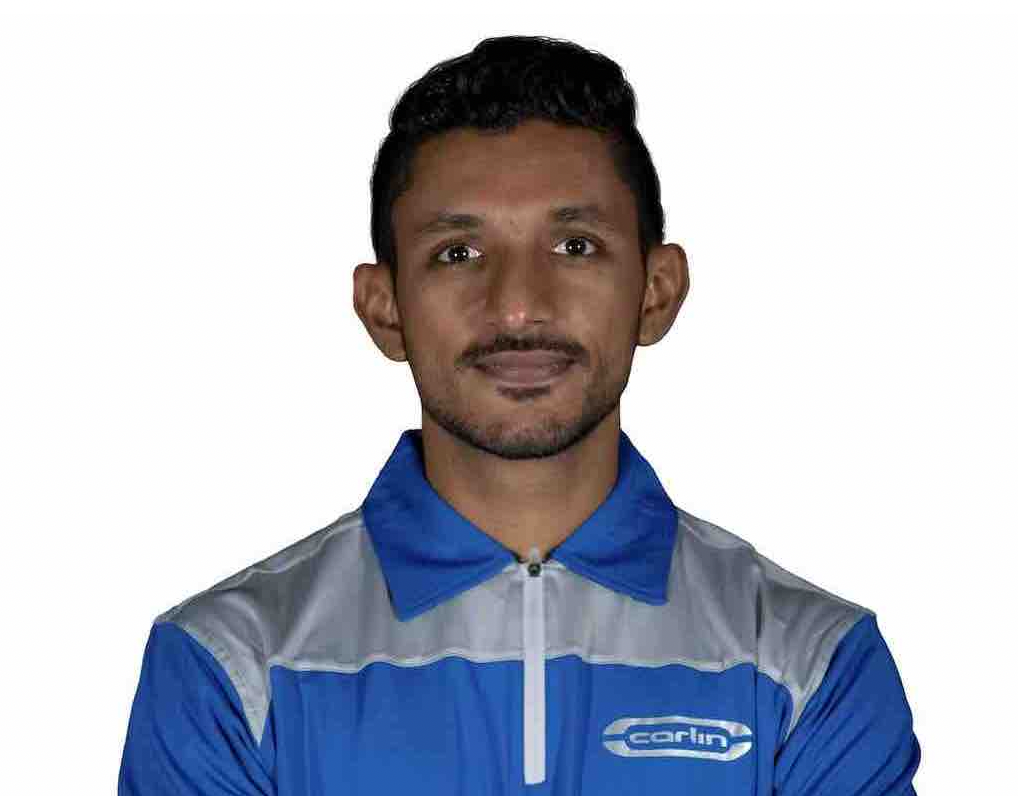 Bengaluru rider Anish Shetty leads the 2022 eSkootr Championship through a combination of skilful racing, peak physical fitness and the motor racing know-how of his Carlin team.

Hailing from the Indian state of Karnataka, 27-year-old Anish Shetty is a former motorbike racer leading the way in the brand-new eSkootr Championship - the world’s first micromobility racing series. With a podium in the opening round in London and a fourth place on the streets of Sion, Shetty heads to Round 3 in Italy as the rider everyone wants to beat - five points clear of the opposition.

It’s an impressive start for the man who had never ridden a scooter prior to his early trials for the inaugural global championship. His skill at the helm of the 100km/h electrically powered S1-X stems from his prowess on two wheels, in addition to the racing knowledge of his Carlin outfit, who are also leading the teams’ championship.

Shetty has quickly adapted to the demands of racing in the eSkootr Championship thanks to his supreme fitness - last year he was officially awarded the prestigious title ‘The Fittest Man in Asia’ thanks to his success at the Cross Fit Open Championships. And as a former Indian National Motorcycle Racing champion, Shetty’s desire to triumph in the 2022 eSkootr Championship is a sign of both his determination and prodigious talent.

Describing himself as “self-motivated”, Shetty is a multi-linguist, fluent in English, Hindi, Kannada and Tulu, and cites his father as his role model, who he says “started from scratch” to give himself and his brother “a great life.”

The genesis of Shetty’s passion for racing began at the age of 15 when he acquired his first motorbike from his father. Soon after, he popped into a local workshop for some minor repairs and discovered the mechanics in the garage were amateur racers. They invited the impressionable Shetty to watch at a nearby circuit and he was instantly hooked.

After some initial freestyle stunt riding, he entered his first off-road race at the age of 17 and suddenly started scoring podiums in circuit racing too - recording over 20 top-three finishes in a little over 18 months.

Within a few years Shetty had become the first Indian rider to score points in the prestigious Asian Road Racing Championship and was victorious in the Desert Storm Rally. His proudest moment came in 2018 when he was crowned the Indian National Motorcycle Racing champion.

Aside from his own competitive outings, Shetty founded the 44 School of Racing at a Bengaluru circuit close to his home, which teaches students how to ride motorbikes - and also how to race them. It’s this strong motorsport link which made him the perfect rider for the Carlin team in the eSkootr Championship, along with his team-mates Nicci Daly (the cousin of IndyCar racer Conor Daly) and former McLaren technician Danny Skinner.

For over 25 years Carlin have been at the forefront of the junior racing scene and over half of the current Formula 1 drivers have raced for the British team at some stage in their career. With nearly 500 wins across multiple disciplines, Carlin were the first outfit to commit to the eSkootr Championship and are run by the series’ first female team principal, Stephanie Carlin. Working closely with the British team, Shetty has been impressed by the professionalism of their operation. “Carlin is very renowned in motorsport and every engineer and person in the crew has been amazing,” he says. “I have definitely learnt a lot in terms of racing and also in terms of discipline and how they manage their team. We all have the same mindset, so we work well together.“They have great strategists and we execute ideas well, but the one thing I need to work on is upscaling my riding skills. This is the first time I’ve ridden a scooter, as back home in India there aren’t any scooters on the streets. This is one area I want to work on.”

That focus on improvement should worry his nearest title rivals Aymard Vernay (Racing Citizens) and Matis Neyroud (PLYR:1) who are five and seven points behind Shetty in the title chase. Indeed it was a duel with the latter which has been the contest of the series so far as their semi-final encounter in London featured a titanic scrap for the lead with multiple passing and re-passing between the two on track.

“To be frank I was talking to Matis before the semi-final and we said to each other ‘let’s not make silly moves and get ourselves out of the race’ but then as the battle went on, the adrenaline grew and we tried to push and get that first position,” said Shetty. “Then I realised it’s more important to get to the finals…”

The first two rounds of the eSkootr Championship have shown that raw pace isn’t the sole attribute to success. Engineering setup, knockout racing tactics and the deployment of the boost control means strategy plays a big part. So too does physical fitness. In the warmth of Sion in round two, a number of riders struggled with their core muscles as the laps totted up.

When it comes to strength and fitness, Shetty arguably heads the 30-rider field thanks to his Cross Fit Open Championship successes which he trains for by performing workouts six times a week, focusing on both aerobic and anaerobic conditioning. It’s another of his passions that will make him a tough competitor to beat as the six-round championship heads towards its mid-point of the season.

Keep an eye on the Fittest Man in Asia as Shetty aims to become the fastest rider - and first overall winner - of the eSkootr Championship.