TECH TALK: VINIT PATEL AND THE CREATION OF THE S1-X eSKOOTR

From Lewis Hamilton to the S1-X via Red Bull… we catch up with eSC’s head of technical Vinit Patel and reflect on his 20-year career in motorsport. 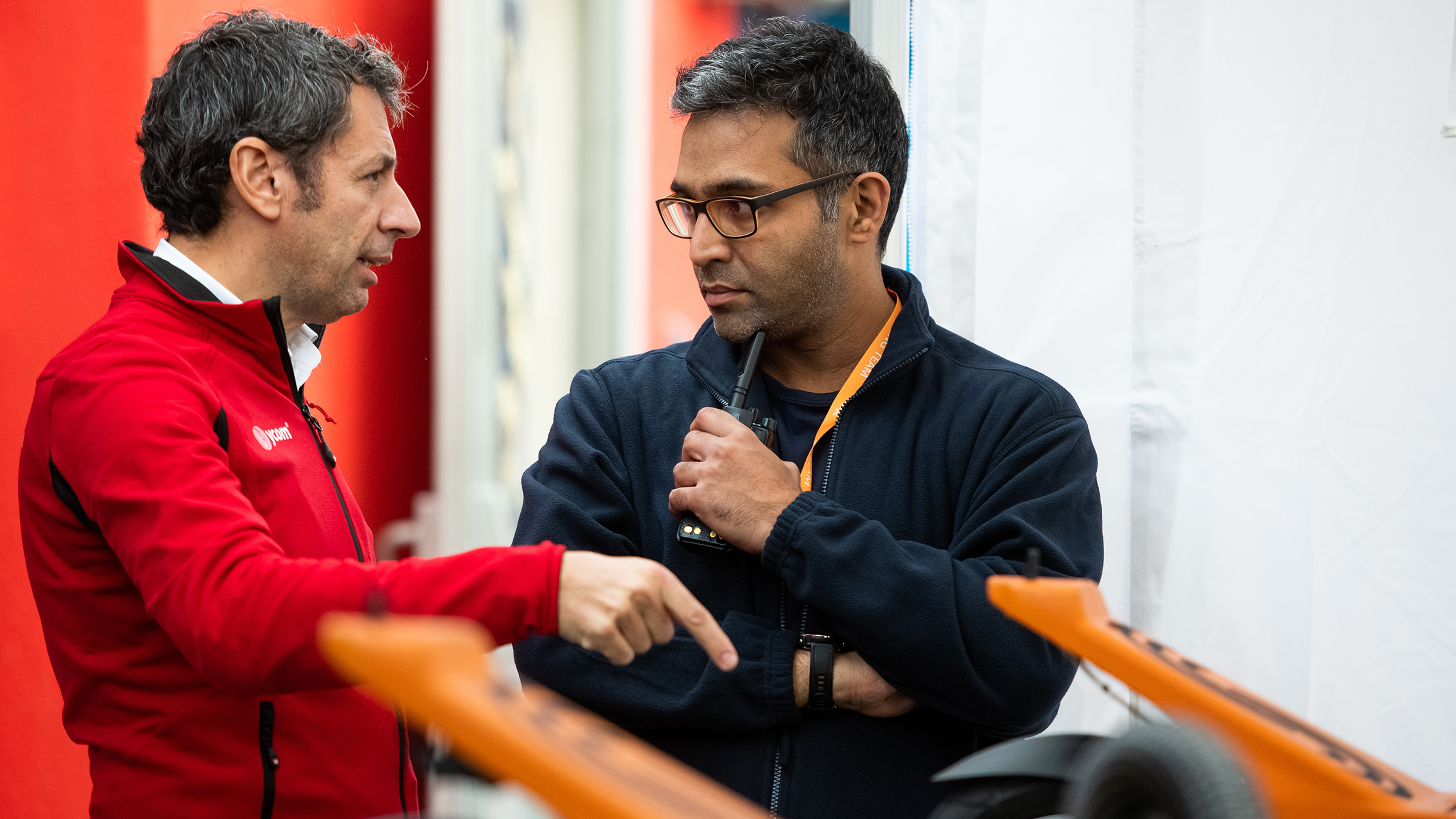 At the heart of the eSkootr Championship is the world’s first electric racing scooter. The state-of-the-art S1-X represents the future of sustainable personal transport and has wowed spectators at the first two rounds of the new series, on the streets of London and the Swiss city of Sion.

Prior to this year’s inaugural season, the S1-X was subjected to a rigorous research and development programme to enhance the battery and electric motors, and to engineer a geometry best suited to racing. The project to develop the S1-X was led by eSC’s head of technical, Vinit Patel.

With a career in motorsport spanning two decades, Patel came to eSC with a wealth of engineering experience gained from his time spent in Formula 1 and latterly in Formula E. Having spent seven years working with Mahindra Racing, Patel was able to bring to the S1-X his knowledge of working with electric powertrains in a racing environment. The result has been the first-ever sustainable, micromobility eSkootr, which riders have loved competing on.

Growing up in Essex, close to the outskirts of London, Patel has always enjoyed a passion for motorsport. Taking advantage of his father’s newsagent business, he would avidly read the specialist motor racing publications such as Autosport, MotorSport and F1 News – and he retains his collection to this day.

But he says he was inspired by the technical brains who developed F1 cars, such as Adrian Newey, Patrick Head and John Barnard which led him towards undertaking a mechanical engineering degree at Brunel University in London.

“At that time an initiative called Formula Student was just starting whereby you built a small racing car to a set of prescribed regulations,” recalls Patel. “The idea was that you then competed against other universities. That opened my eyes because it was the first time I had been involved in a project trackside and that’s when I realised I wanted to have a career in motorsport.”

After winning a scholarship to enrol for a masters in motorsport engineering at Cranfield University, Patel began to contact British-based teams competing in Formula Renault as part of his studies. Sheffield-based Manor Motorsport answered his call and he worked on re-engineering the cooling system on their Formula 3 car.

A year later, in 2003, Patel was supporting Manor’s Formula Renault team when a certain Lewis Hamilton was one of their drivers – and Hamilton won the title at a canter, already starting to display some of the talent that would mark him out as one of the greatest racers of all time.

“Looking back, there was a lot then that I still see now with Lewis,” says Patel. “He was just an 18-year-old kid but even then he was under a lot of pressure and it was how he coped with that and came back stronger which was so impressive.”

After finishing his degree, Patel joined British Formula 3 teams, including T-Sport and Double R Racing, before graduating to the newly-created A1GP series in 2005. For Patel it was where his journey with eSC began.

“I started working with Team Mexico and the team manager was Piers Maserati, who is now Head of Championship at eSC. At that time I also met co-founder Khalil Beschir, who was racing for Team Lebanon. And it was where I discovered someone called Sergio Pérez… He was an unknown 16-year-old kid and was driving in the compulsory rookie sessions for Team Mexico. I remember him being so much faster than our regular driver that we had to get him in the car for a race. I then put him in touch with my old F3 team and he won the national class championship with them in 2007.”

Pérez would ultimately race for Red Bull in F1 and that’s where Patel would also appear in the next stage of his journey. At the beginning of 2011 he joined Pirelli and became the engineering liaison between the tyre company and the F1 teams, starting first with Williams and latterly Red Bull. The role involved gathering feedback for Pirelli in addition to supplying technical advice and assistance to the engineering arm of the team.

When FIA Formula E was created at the beginning of 2014, Patel became involved with one of the original teams, Mahindra, to help set up operations and act as chief engineer for the team in the new all-electric single-seater series.

“I went back to what I really enjoyed and that was starting fresh, new projects,” says Patel. “We had some success and after a few years I helped to expand the team and develop resources and increase staff… and soon after Covid hit.”

In August 2020 the first trial runs of the S1-X ‘mule’ began and that’s when Patel joined eSC to help oversee the initial technical collaboration with Williams Advanced Engineering, which ultimately segued into the development of the battery and the tie-up with YCOM. Through a rigorous R&D programme the S1-X was developed to become the first micromobility electric racing scooter and trials of riders started soon after. Fast forward to 2022 and two races into the inaugural world championship, Patel has been captivated by the quality of the racing and the skill of the riders.

“I’ve been seriously impressed by the competition,” he says. “After we’d had some tests the riders were quite relaxed, but as soon as we got to the first race the visors came down and the competition ramped up. One notable dynamic is the freestyle scooter riders with no background in racing or circuit racing who have come into the sport and demonstrated amazing bravery, balance and poise in regards to how they have manipulated their weight distribution. They are still developing their race craft, and it’s been very impressive and brilliant to watch.”

At eSC Patel continues to be one of the key players at the core of the world’s first micromobility racing series, joining the wider team of personnel who have years of knowledge and experience of working at the highest level of motorsport.