The 10 teams play to the crowds in Switzerland with first ever Teams Battle races. 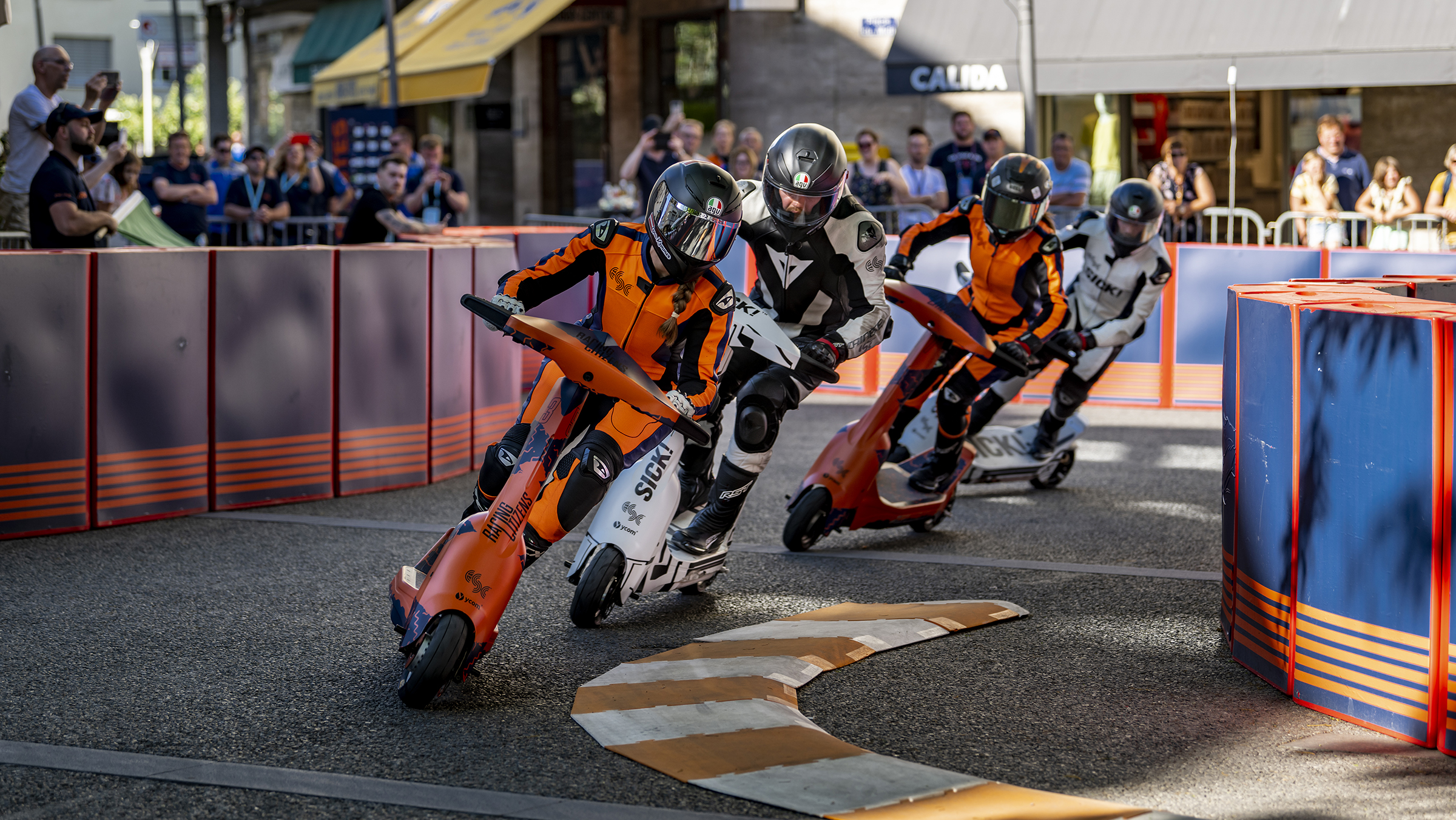 On a scorching hot day, the riders got their first chance to learn the tricky anticlockwise track that winds through the streets of the historic city nestled in the Swiss Alps. After a series of acclimatisation sessions, the teams took part in a number of fast-and-furious Team Battle contests to entertain the many spectators enjoying the sporting action.

The final round of the Team Battle Groups ended in a perfect score by 258 Racing who took the top three positions in the three-lap encounter. Italian female motorbike racer Roberta Ponziani, led home her team-mates Tre Whyte by 0.5s and Wilfred Njuguna by a further seven tenths.

The on-track action began at 12 noon when the 30 riders took to their 100km/h S1-X eSkootrs around the 18-turn course.

The second round of the new series will form part of the International Transition Festival that's being held in Sion from 24-27 May, in which the accessible sport of eSC is the perfect platform to promote the use of sustainable micromobility transportation in urban locations.