Italian rider Sara Cabrini took a brilliant lights-to-flag victory in the second round of the eSkootr Championship (eSC) to become the first female winner of the world’s inaugural micromobility series. 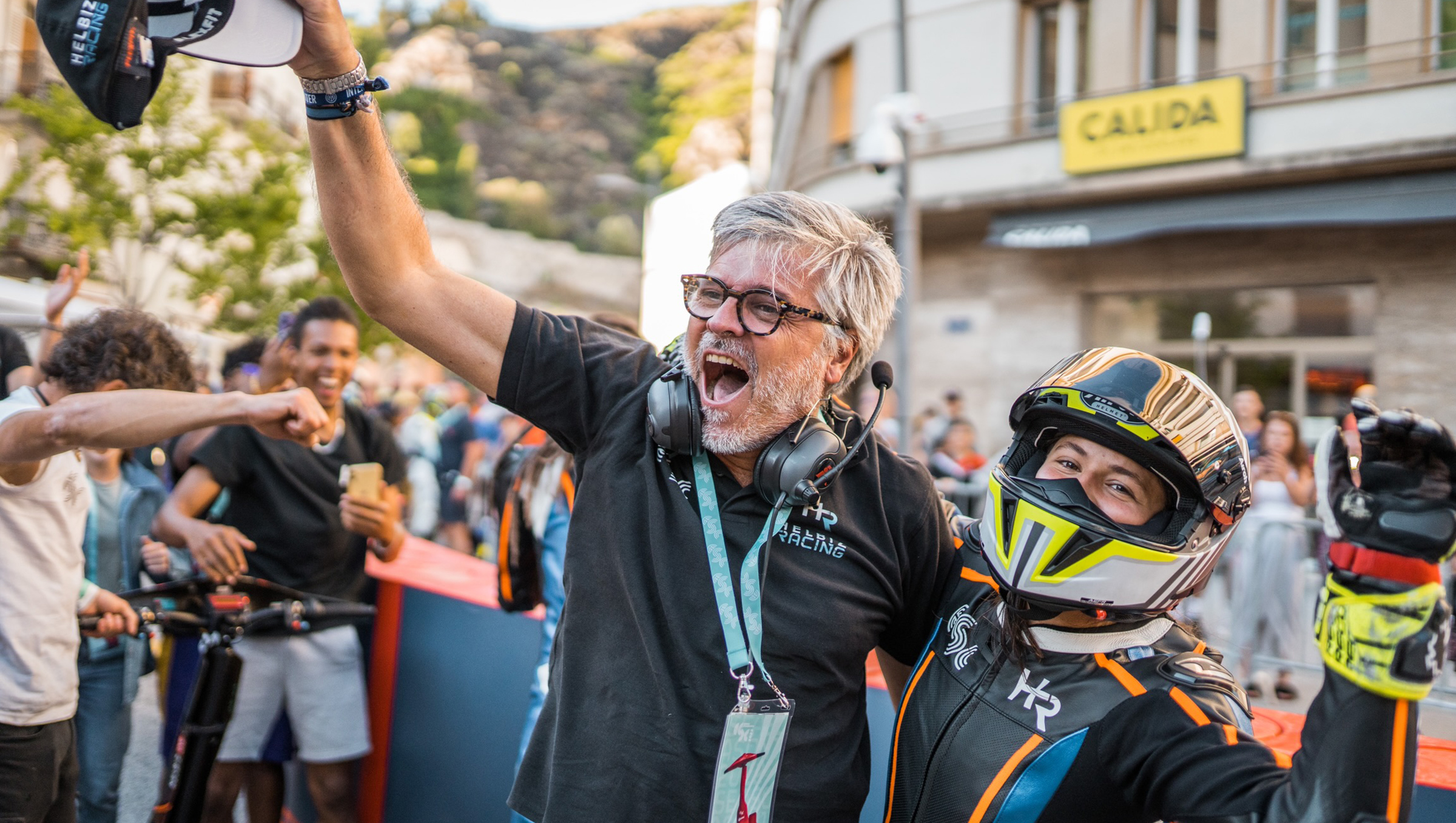 After leading every lap of the final, she took the chequered flag nearly five seconds ahead of Frenchman Aymard Vernay, while Marc Luna clinched third.

Cabrini’s victory came at the end of a series of exciting knockout races held in hot and sunny conditions on a specially-built 640-metre course laid out on the streets of Sion – the capital of the Swiss Alps. Her performance in the final for Helbiz Racing was even more impressive as the 24-year-old started the six-lapper with just 12 seconds of power boost remaining.

In contrast, Murphy Scooters rider Marc Luna – who had beaten her in both the quarter final and semi final heats – began the final race with over 40 seconds of boost. But the Spaniard’s charge for the overall win came undone when he made a mistake at the tricky Turn 8/9 chicane on lap four and momentarily dismounted his S1-X eSkootr. Racing Citizens racer Vernay inherited second place, but couldn’t close the gap to Cabrini.

“This is amazing. I'm very, very happy for me and for the team,” said a delighted Cabrini. “Marc and I had a really good battle in the quarter final and another really good one in the final. He even bumped into me but I said ‘not this time,’ and kept in front. I was a little nervous in the opening laps but when I saw there was nobody behind me, I knew I could push for the line.”

Third-placed Luna was generous in defeat and congratulated Cabrini as she didn’t make a mistake to secure a historic win. He managed to execute a brilliant pass on Cabrini in the semi-final into Turn 1 at the start of lap three, but in the main event, he couldn’t repeat the feat

“My plan for the final was exactly the same asin the quarter finals and the semi final,” said Luna. “You know, Sara really flies on the eSkootr and it’s really hard to get in front of her at the start. So I got into second place and waited for a chance to overtake. I’d tried to force her into an error or find a way past with my extra boost – but she was just too quick.”

Hailing from Florence in Italy, the experienced motorbike rider’s win in Sion takes her into fourth place overall in the riders’ standings. But after the opening two rounds, it is Carlin’s Anish Shetty who leads the championship after the Swiss race. He finished fourth in the Sion final to add to his third-place finish in London. Carlin also lead the teams’ championship by 11 points from Nico Roche Racing.

London winner Matis Neyroud has dropped to third overall in the championship, just two points behind Vernay, after he failed to reach the final. Despite winning his quarter final contest, the local hero struggled at the start of his semi-final heat and couldn’t regain lost ground. British rider Dan Brooks was another to miss out on the final after he suffered a crash at Turn 1 on his Nico Roche-prepared S1-X in the first semi-final.

That race was red-flagged after a crash for Chelsea Gowland (PLYR:1) on the first corner of the opening lap when she fell off her eSkootr and clattered unhurt into the safety barriers. Carlin’s Nicci Daly led the restarted race and just made the final after she was beaten late on by her team-mate Shetty and Wilfred Njuguna (258 Racing)

Round two of the eSC is the next chapter in a new era for micromobility in sport with an emphasis on sustainability, road safety and transportation in urban areas. Conditions at the Sion track were tough for the competitors on their 100km/h S1-X eSkootrs as blazing sunshine and temperatures of 24C tested fitness levels in the intense heats. But the crowds who came out in force were treated to a great day of racing and cheered Cabrini to a historic victory.

“After the finish of the race. I stopped on every corner to celebrate with the fans because it was amazing and I’ve never seen anything like that before,” said Cabrini. “I was so happy. And I don't know how many times I was stopped by fans and friends when I walked from the track back to the paddock.”

The 10 teams and 30 professional female and male riders will once again do battle in the next round of the championship that takes place in Italy on 15-16 July, 2022.