Spanish rider Marc Luna has taken a brilliant victory in the penultimate round of the eSkootr Championship (eSC) in Marseille and now heads the points table going into tomorrow’s season finale showdown. 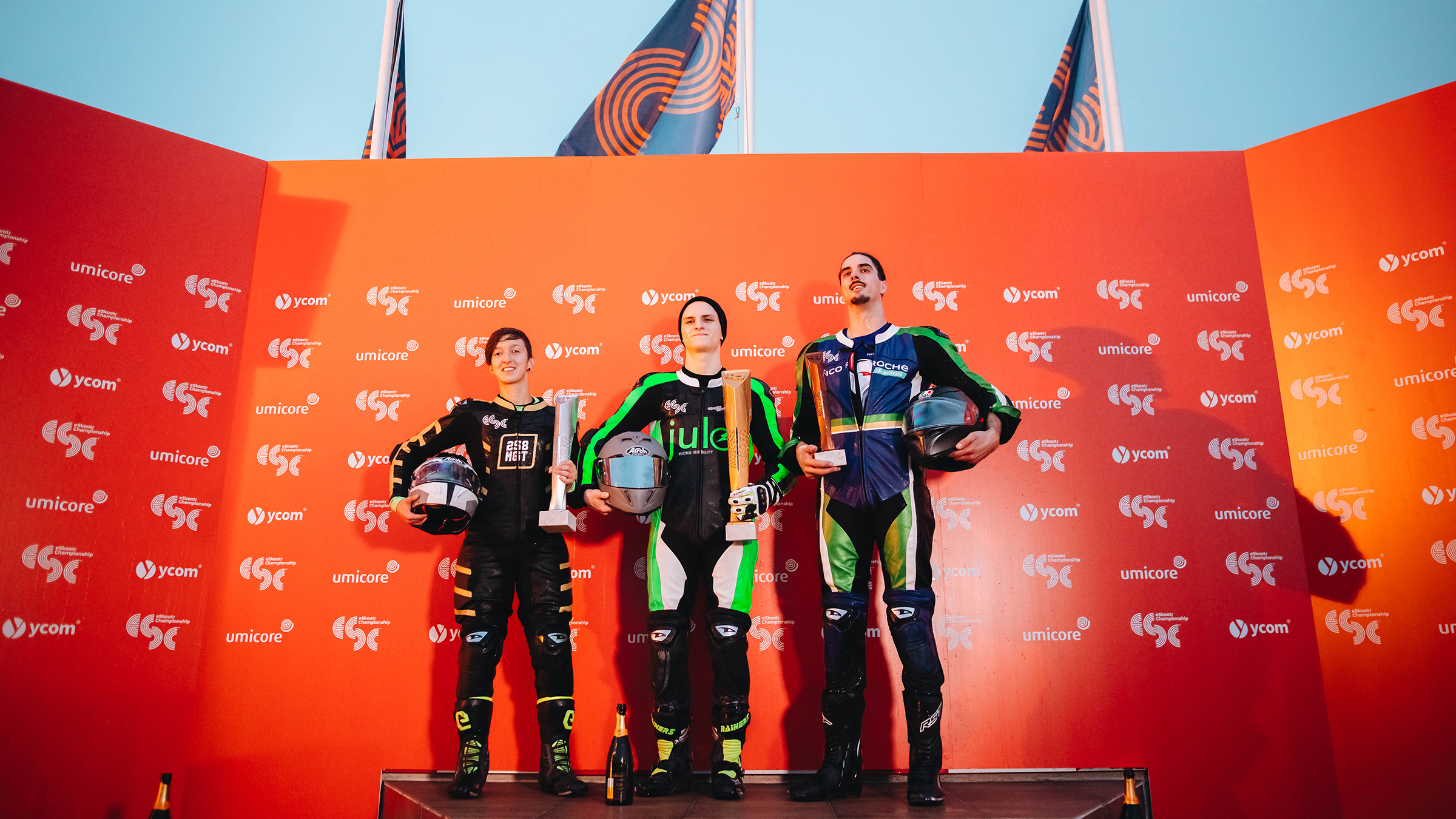 The Murphy Scooters ace came through a series of exciting heats to win the 10-lap final at the Paul Ricard Circuit in southern France earlier this afternoon. He holds a slender one point advantage over Frenchman Aymard Vernay (Racing Citizens) with former points leader Anish Shetty (Carlin) a further two points behind in third.

Luna won both his qualifying heat and quarter final and took third in his semi-final encounter to set himself up with a chance of overall victory. With skies darkening and the track slippery due to earlier light rain, the stage was set for a dramatic final 10 laps of the day.

The 23-year-old held his nerve to lead from lights-to-flag and took the 15 points on offer, winning by 1.9s from Roberta Ponziani (258 Racing) and Nico Roche Racing’s Kilian Larher. “I’m so delighted - I’m over the moon!” said Luna after his victory. “The first few laps I really pushed hard. So hard I nearly crashed three times, but then I calmed down and controlled my pace to the flag.

The key to Luna’s success came through the strategic use of the boost button on his 100km/h S1-X eSkootr. With 100 seconds of boost available to each rider at the start of the day, Luna was careful not to use his additional power until the semi-finals. At the start of the last race he still had 76 seconds of boost left. In contrast, his fellow riders were down to their last few seconds - or had zero remaining

Finishing behind Luna was Italian Ponziani, racing for Anthony Joshua’s 258 Racing outfit. She brilliantly overtook her rival Kilian Larher for second around the outside of one of Paul Ricard’s long hairpin bends. In fourth was local hero Aymard Vernay and Dan Brooks (Nico Roche Racing).

It was a strong performance for the British rider, who earlier in the day took a second place in his heat (following a penalty for cutting the chicane) and it keeps the Nico Roche competitor in contention for tomorrow’s title as he sits fourth overall, just six points behind championship leader Luna.

It promises to be another exciting day of on-track action tomorrow as the world’s first micromobility champion will be crowned in Marseille. However, one rider ruing his luck tonight will be Carlin’s Anish Shetty who came to France on top of the points standings.

Despite undergoing a recent rigorous training regime in the build-up, the Indian racer was unlucky in today’s on-track action. Two mistakes in his semi-final dropped him to the back of the field and despite a spirited comeback to fourth, it wasn’t enough to take him through to the final.

That first semi-final race was won by Murphy Scooters’ Dakota Schuetz who was victorious from Ponziani and Luna. Helbiz’s Sara Cabrini, winner of the race in Sion, led away at the start the second semi-final group, but she too made a mistake on the damp track and dropped her S1-X while leading on the opening lap.

Running close behind her and unable to avoid contact were fans’ favourite Billy Morgan - who races for Nico Hulkenberg’s 27X outfit - and Carlin’s Danny Skinner. Both had eventful routes to their semi final. (Skinner inherited victory in his heat when Morgan was penalised for “making more than one kick” off the start ramp.)

After the three-rider incident on the opening lap of the semi, Morgan resumed the race in third, but he couldn’t hold on and was passed on the final lap by Vernay, which sealed the Frenchman’s place in the final. He will be especially delighted with his performance today, particularly as it means he is just one point off Luna at the top of the points table.

The most dramatic moment of the day came on the final lap of the second quarter final. 258’s Wilfred Njuguna was attempting to pass Carlin’s Nicci Daly for third - for a chance to race in the semis - and came out of the last corner in a drag race to the line. He didn’t quite have the speed and Daly retained third in a photo finish - by an incredible 0.025 seconds.

The riders eliminated in the opening six heats were given a second chance by competing in a one-off ‘eQualiser’ round before the day was out. 258’s Tre Whyte took the chequered flag which guarantees him an extra 30 second of boost to use throughout tomorrow’s races.

With six more heats, four quarter finals, two semis and a final, the eSC showdown will be another tense battle for supremacy. Not only are the riders vying to be crowned the inaugural eSkootr champion, but the teams’ title is also up for grabs. Former leaders Carlin have dropped to third. They are just two points behind Murphy Scooters. On 135 points - with a six point advantage - are Nico Roche Racing. It’s all to play for as eSC reaches its climax.‍

Championship Positions after eSC Round 3

The final round takes place tomorrow on a longer configuration of the Paul Ricard circuit.