Frenchman Aymard Vernay has clinched the inaugural eSkootr Championship after a day of dramatic racing at the Paul Ricard Circuit in France. He finished third in the final race to claim the top prize in the world’s first electric scooter racing series. The 28-year-old held his nerve to beat Italian Sara Cabrini in the Riders’ title battle by just four points. 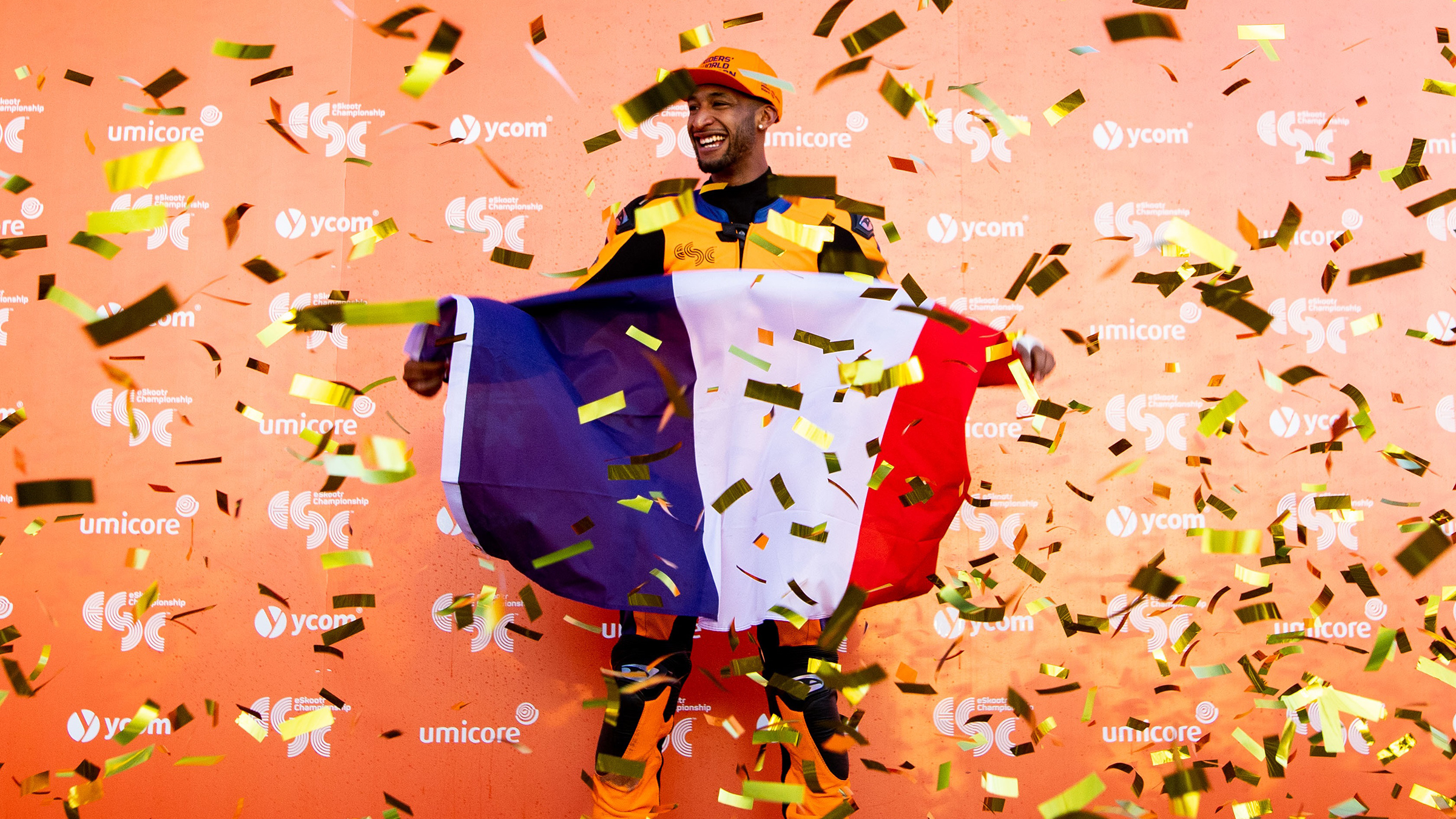 After a day of fast and furious knockout races held in warm and sunny conditions, the Racing Citizens rider emerged from the French showdown event overjoyed with his world title: “This is awesome - I love this! It feels amazing to have become the first-ever winner of the eSkootr Championship,” said the local hero from Toulon. “I knew if Sara won the last race, I just needed fourth place to be guaranteed the win. There was pressure to hold my place over the seven laps, but I was ecstatic when I crossed the finish line!”

Helbiz Racing’s Sara Cabrini dominated the final to secure her second race victory of the year, but could do nothing to stop Vernay amassing the points he needed to take the Riders’ crown: “I did everything I could to win the race,” said Cabrini, who finished with 89 points to Vernay’s 93. “The key was focusing on not making any mistakes and I was proud of my performance, but ultimately it wasn’t enough. But with two race wins this year, I’ve had a brilliant season.”

When the day of track action began, seven riders were in contention to take the spoils, but as the competition ramped up, many of the big names started to fall in the fast and frantic elimination races. In the end, the final was the most diverse possible with six different teams represented, featuring three female and three male riders.

During the knockout stages, the most dramatic moment came in the second semi-final heat when yesterday’s winner and title favourite Marc Luna crashed his S1-X eSkootr on the opening lap. With the Spaniard out of contention, Cabrini booked her place in the final with a win on the road - although she was demoted a place for track limits.

The other major rider that failed to progress to the latter stages of the competition was Indian Anish Shetty. The Carlin rider had started strongly, coming second in his heat this morning, but he could only manage fifth in his quarter final round and dropped out of contention. He finished sixth in the overall points standings, one place ahead of Dan Brooks (Nico Roche Racing) who was also eliminated at the quarter final stage.

Brooks’ Nico Roche team-mate Kilian Larher was only five points off Cabrini after the quarter finals and a podium finish in the semis took him to the final. Although he couldn’t win the Riders’ title, he still had a chance to help his Nico Roche outfit take the Teams’ title. They started the final just one point ahead of Carlin. But when Larher fell in the last seven-lap encounter, it looked as if Nicci Daly would give the British squad the championship. But in the final corner of the final lap, contact from Matis Neyroud caused Daly to crash and Larher nipped through to secure the crown for his team.

Nico Roche Racing finished the season on 169 points, just three ahead of Carlin. Murphy Scooters took third (154 points), just one place ahead of Anthony Joshua’s 258 Racing outfit. There was a late charge by the 258 squad. Their ace was Italian Roberta Ponziani who was arguably the star of the day. She never put a foot wrong, as she won her heat, quarter final, semi final - and she joined her compatriot on the podium - second to Cabrini in the final race.

The first-ever season of the eSkootr Championship has featured a host of exciting wheel-to-wheel races in locations including London, Marseille and Sion in Switzerland. Thirty female and male athletes have come from a variety of sporting disciplines including the Olympics, snowboarding, skating, freestyle scooters and motorbike racing to form the inaugural eSC rider pool. The first season of this dynamic new sport has crowned Aymard Vernay as its inaugural Riders’ champion and Nico Roche Racing as Teams’ champions. ‍

Further information on the eSkootr Championship can be found at official.esc.live and by visiting the Fan Hub at esc.live

Championship Positions after eSC Round 4

For the full 2022 Riders’ and Teams’ Championship standings visit esc.live