ON THE ROAD TO A MORE SUSTAINABLE FUTURE

The record-breaking temperatures currently being experienced across Europe provide clear evidence of the increasingly dramatic impact of climate change. The eSkootr Championship, the world’s first electric scooter racing series, recognises sport has the potential to act as a catalyst for change, showcasing climate action and promoting environmental awareness and sustainable best practice. 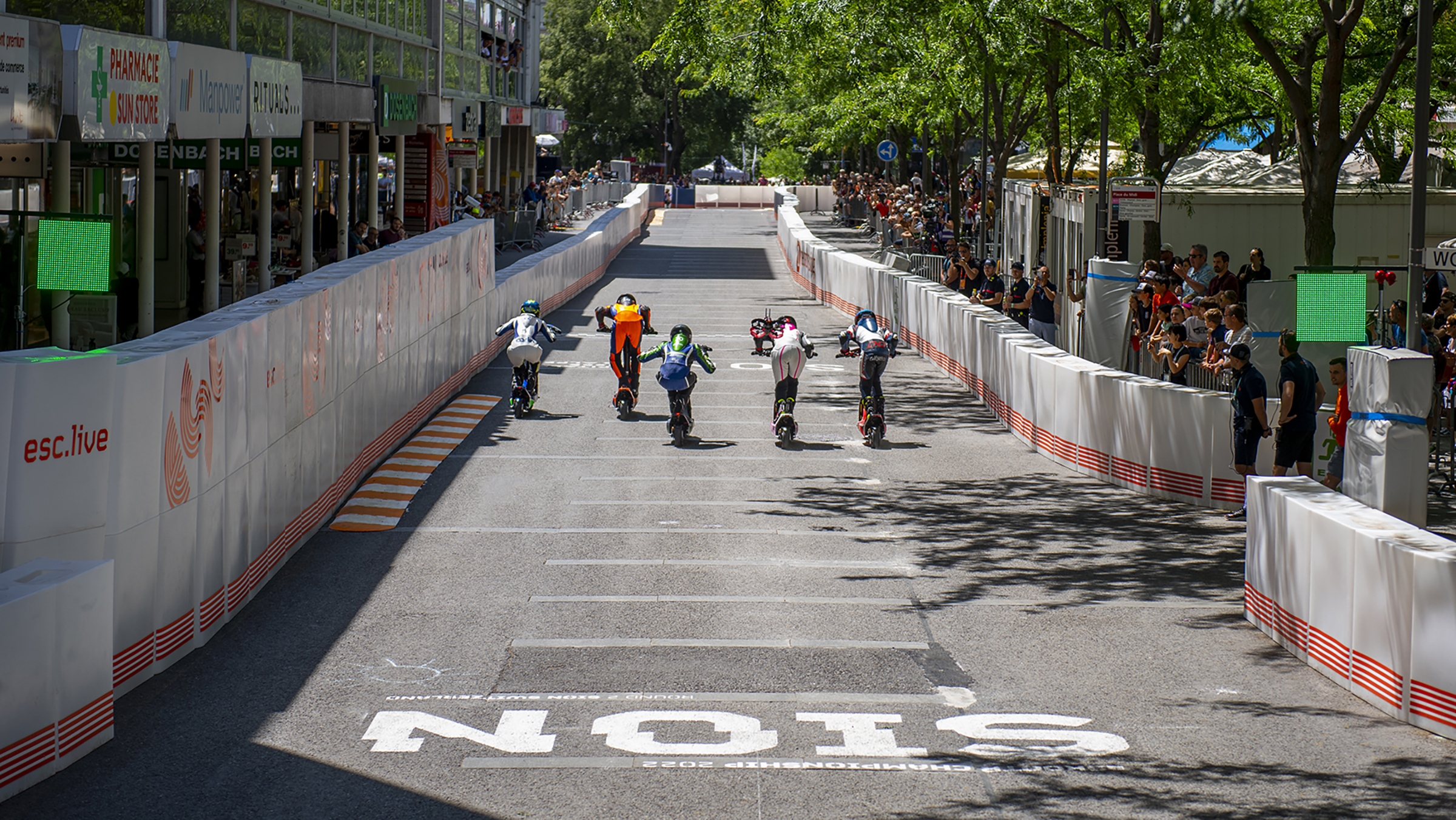 Temperatures are soaring across the continent, with Spain and Portugal experiencing record highs of 47C, and in France 16,000 people were forced to evacuate their homes as wildfires destroyed more than 14,000 hectares of land. London, where eSC has its operational base, has experienced temperatures exceeding 40C after the Met Office issued a red extreme heat warning.

The bigger picture is that this is part of an upward trend: the past three years have been the hottest on record, according to the United Nations’ World Meteorological Organization, and higher temperatures are something we will have to get used to.

Commenting on recent events, United Nations Secretary General, António Guterres told ministers from 40 countries meeting at this week’s Petersberg Climate Dialogue: “We have a choice. Collective action or collective suicide. It is in our hands.

“Half of humanity is in the danger zone from floods, droughts, extreme storms and wildfires,” Mr. Guterres continues. “No nation is immune. In facing this global crisis, we are failing to work together as a multilateral community.”

Experts agree that it is still possible to slow down Climate Change and potentially prevent extreme weather events from becoming a regular occurrence. The UN has recognised the power of sport in the race against Climate Change, asking stakeholders to use their influential positions to incite global climate action. eSC wants to encourage positive change and showcase environmental action and best practice through the powerful platform of sport, also pointing towards the potential of micromobility to have a positive impact on the environment and the creation of smarter, safer and more liveable cities.

The series approaches the issues from two sides, addressing the technology it uses in racing and in the way it hosts races.

eSC has established a Sustainability Working Group to work with its partners, teams, promoters, universities and technology stakeholders to develop sustainability best practice for the micromobility and sport industries that is aligned with the UN Sustainable Development Goals.

Aware of the materials and technology challenges faced by the micromobility industry, the revolutionary S1-X eSkootr is designed with sustainability in mind, with eSC having formed partnerships with key collaborators: Natural Fibre Composite specialists BComp, for the design of the eSkootr chassis and materials technology, and recycling group Umicore, battery recycling partner for the S1-X will work together with the championship to develop a circular design strategy for future batteries. This allows eSC to not only write best practice on sustainable design, but also trial it for the micromobility industry.

The new championship is a global series but has a carbon-zero footprint. In January 2021, the eSC joined the UNFCCC Climate Neutral Now – a UN initiative to achieve climate neutrality through Measuring, Reducing and Offsetting carbon emissions – and in June this year, eSC became the first sports championship to be awarded Triple Silver in the framework.

eSC reached carbon neutrality from inception in March 2022, having worked with renowned carbon footprinting and sustainability experts to include all Scope 1, 2, and the majority of Scope 3 emissions. The eSC has kept offsetting to a minimum with only unavoidable emissions from 2021 such as development and testing being offset by investment in two projects from the UN Carbon Offset Platform.

eSC events also use best practice to leave only a minimal carbon footprint. Events are powered from the available grid and renewable energy credits purchased. Any generators are powered by renewable sources. The inaugural London event also operated on a no single-use plastic policy.

Acknowledging the power of sport to drive change and the importance of ambassadors on this journey, eSC works with its riders to provide them with sustainability training, allowing them to act as sustainability champions for eSC’s environmental values, targets and objectives. In addition, eSC uses its platform to deliver crucial sustainability education to the next generation, engaging children in host cities with activations aimed at not only teaching them about the UN’s Sustainable Development Goals, but also give them tangible things they can do to contribute to the SDGs.

eSC works with local charities, foundations and communities around the world at race locations, focusing on those which align with its core values of creating and promoting sustainable, accessible, safe and liveable cities.

Commenting on eSC’s action-oriented approach to inspiring positive change through sport, its Sustainability Ambassador Lucas di Grassi said: “The concept of a new series, operating on a global scale with professional participants, yet running with a carbon-zero footprint and offering solutions for a better, more mobile society, is a fascinating glimpse toward a more accessible and sustainable way to go racing.”

Follow eSC on its mission and keep up with the latest championship updates at esc.live.