The second part of our Q&A with Joe Akroyd, eSC’s Head of Development 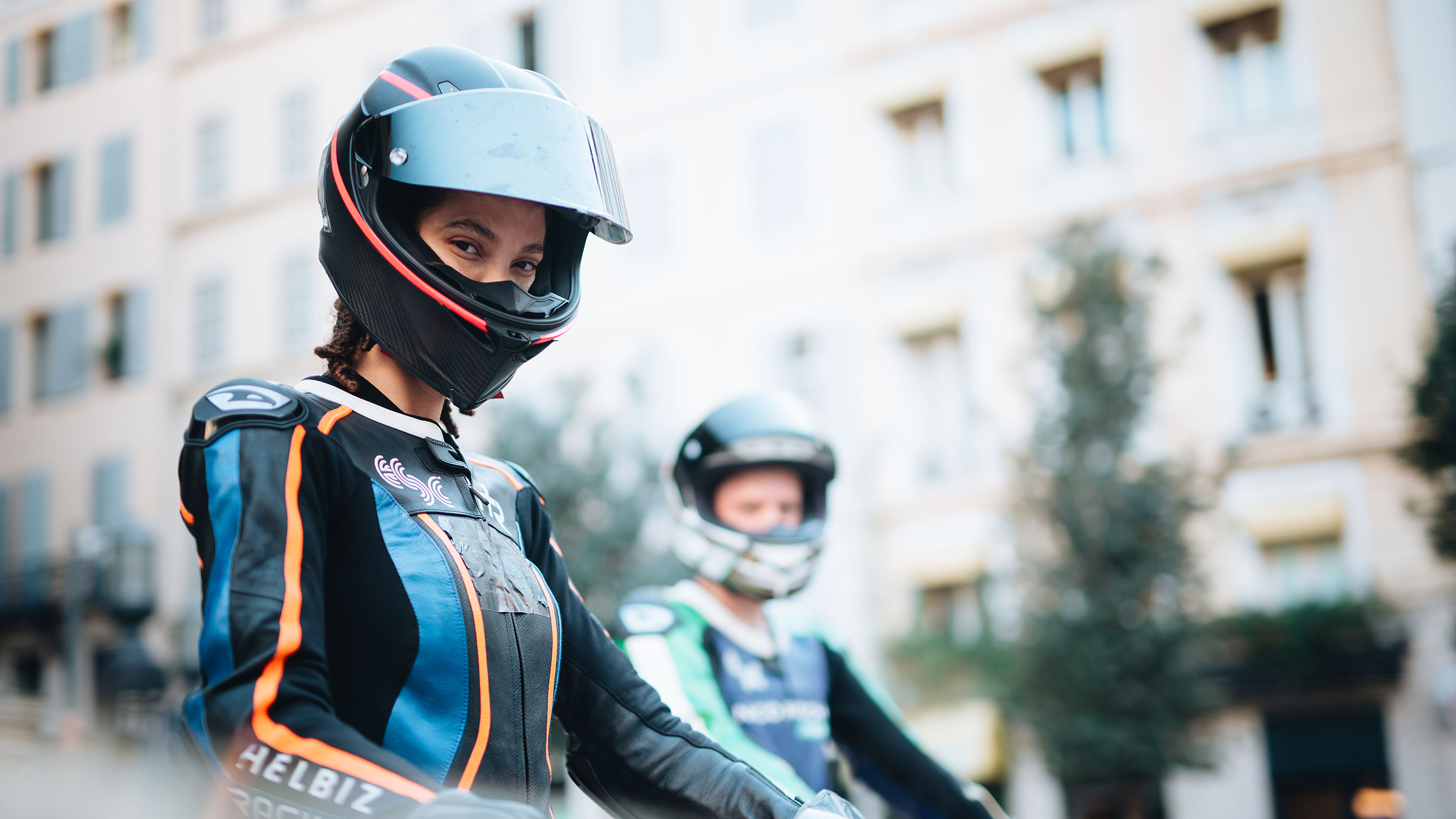 As eSC embarks on the recruitment and selection of athletes for 2023, the championship’s head of development Joe Akroyd reflects on the rider journey in this inaugural season, from the initial assessment programmes, through selection, testing and four incredible rounds of fiercely competitive racing...

eSC: A couple of the riders have Olympic experience, have won gold medals on the biggest stage, so they clearly have a competitive and psychological edge. How did they perform on the whole?

Joe: The specific physicality of the S1-X was a new experience for everyone. One of the areas where a couple of riders struggled was in their arms and they would get what is known as ‘arm pump’ or the technical term for it is compartment syndrome. Essentially it meant their arms weren’t relaxed enough and the blood circulation reduced, meaning a build-up of pressure stops your hands working. It’s common in motocross and it’s caused by being too tense in your upper body. While some riders have been around high-level competition, others were perhaps a little tense or nervous, which had an impact on their performance.

In contrast, Billy Morgan, who is an Olympic snowboarder, was absolutely fearless. I can’t honestly say I witnessed any tension or nervousness with him at any stage - if anything he was the opposite – he just took it in stride. But his background is all about just ‘sending it’ and he would have no problem if that resulted in him falling off or making contact with the barriers. His approach to racing was to get stuck in rather than thinking about it too much. Sometimes that can pay off, sometimes not.

eSC: What about the other two-wheeled racers in the field, notably the BMX bikers who competed for Anthony Joshua’s 258 Racing?

Joe: I think we all had specific expectations of the BMX riders because so many aspects of the competition were transferable to eSC. For example, starting on a ramp, having six riders in a race, a series of knockout heats. But I think both Tre Whyte and Wilfred Njuguna soon recognised that it’s not the same. The throttle control, the use of the strategic boost button and attacking on the brakes is all different.

You can’t ram a scooter up the inside of a rival like you can on a push bike. And after talking to Tre, in the BMX scene they don’t have the same racing lines as you do on a road racing course. And it’s the same in motocross too. With the layout of their high-banked tracks, you make a decision on whether you run a big berm, or run tighter, so there are different approaches to taking corners which are not the same as racing lines in the road racing world.

Attacking the scooter too aggressively, as you might with a BMX bike, will just lead to crashes,  whereas the S1-X calls for finesse and mechanical sympathy. As an example, Tre went down in Marseille when the rear wheel washed out on him, but he is a rider that carries a massive amount of lean angle and that really puts you on the limit of what is physically possible.

A lot of it comes down to confidence and lean angle is a concept that is completely alien to someone who has come from a car or karting background. Take the example of Antoine Bernard, who has spent a lot of time karting.

He has a really good understanding of the racing line and braking points, but a four-wheeled mentality is completely different. You almost feel invincible, because if you make a mistake in a kart, you’ll most likely just spin. But a mistake in eSkootr can be much more costly. You stand quite high on these scooters, so it doesn’t necessarily help to come from a four-wheeled background.

eSC: So what limitations did the riders from a bike background suffer?

Joe: From my own experience in bike racing, what you’re looking for is feedback through the handlebars and your toes and your centre of gravity is lower as you’re positioned low across the bike. But with the scooter it’s a completely different stance, which is all about positioning your legs. Yes, the speeds are slower, so bike riders have more time to react, but the feel is different.

Someone like Roberta Ponziani struggled initially in London, but was arguably the rider of the day in Marseille, winning all her heats. But she was similar to the other girls who race in the Spanish and Italian championship because they are used to very wide, expansive circuits. They have some of the safest tracks in the world, with big sections of run-off and barriers that are far away from the track.

In London and Sion, we had a tight street courses where the barriers were close up to the track and tricky chicanes, different road surfaces, and corners that had blind entries and I think they struggled with that aspect. One racer who didn’t was Dan Brooks, who is used to racing on British circuits, like Oulton Park and Cadwell Park, which are much tighter and twistier than Barcelona or Monza.

As soon as we got to Paul Ricard you noticed some of the European motorbike riders were back in their comfort zones. Dan actually really impressed me with his approach which was very mature and you could see the difference in some of the issues that he avoided on-track. He was able to read who was behind him and second guess what they were going to do next, and was spatially aware throughout the race. This helped him avert an almost inevitable crash a couple of times during the year. That’s that race craft that you can’t teach.

What we’ve seen is extreme differences between the way riders respond in different situations. But if you put a group of people from various disciplines on a grid together, that’s exactly what you’re going to get - and that’s what has made eSC’s inaugural season so compelling.

To find out more about how to become an eSC rider.