IN THE SPOTLIGHT: STEPHANIE CARLIN

We catch up with the first female team principal of eSC, Steph Carlin, whose team is currently leading the drivers’ and teams’ points standings. Carlin were the first team to sign up to the eSkootr Championship and she explains the secret to their success, their choice of riders from the draft, as well as details of a past life in the Houses of Parliament… 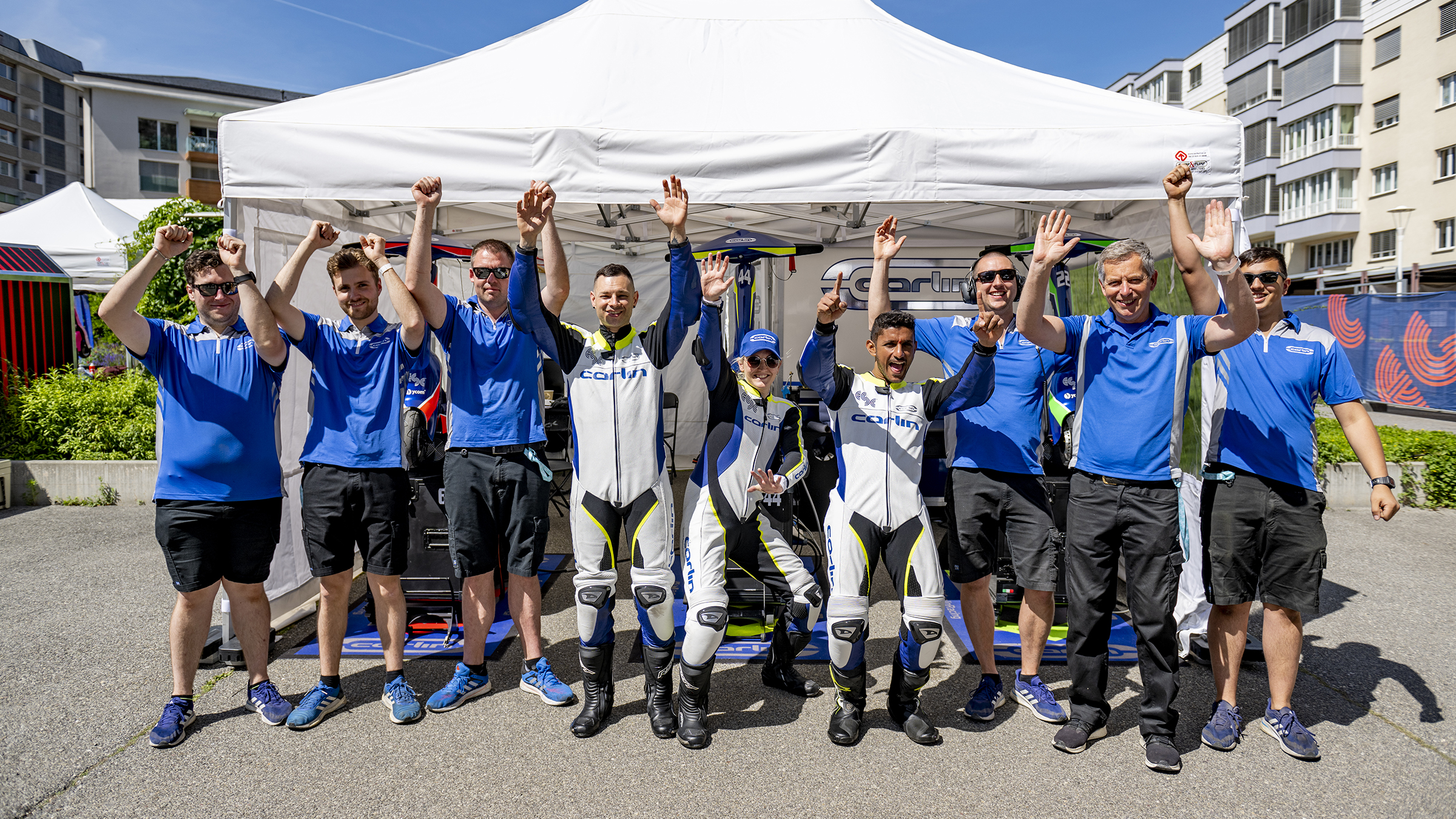 Q. Steph, half of the current Formula 1 grid have driven for Carlin, and with your success in junior motorsport, why did you decide to enter eSC?

‍I believe that it’s time for everyone, in all aspects of industry, to start being creative and to find new ways of thinking. Traditional ideas need to be challenged and we must find alternative interests that are also beneficial to society. The eSkootr Championship is the perfect embodiment of that. It’s a brand new form of motorsport, which is sustainable, accessible andis genuinely gender neutral. We identified an opportunity to be involved with eSC from the very beginning and are proud to be part of it.

Q. Carlin were actually the first team to sign up to eSC, why did you join so early?

There was a lot of intent right from the outset and that is down to the fact so many well-respected people in the industry are involved. Firstly, we have a close relationship with Khalil Beschir, who raced with us in A1GP. He has been a friend of the team for a long time and is so well-respected in the sport and in particular in the Middle East, along with Hrag Sarkissian. And also when you have someone as serious about safety as Alex Wurz involved, plus Andy Mellor and then Lucas di Grassi, who has all that knowledge from FIA Formula E. It was an easy decision to embrace this sport because of the people involved.

Q: How impressed have you been with the first two rounds of the competition?

Very impressed and actually I was surprised at how quickly it felt like a motor racing championship. I don’t mean in the traditional sense — I mean in terms of the professionalism. It’s a sport where there is a race director, there are track inspections, sporting regulations, technical regulations and safety elements to consider. The speed and professionalism with which all that came together felt like any other championship we compete in. That was impressive.

Q: Considering this is the first championship of its kind, what have you made of the abilities of the riders?

Well, that’s the other thing to take into account. There were no electric scooter racers out there, they did not exist as an athlete. The way eSC, led by its Head of Championship Piers Maserati, have gone about finding the talent and selecting them from professional sports and putting them through a rigorous test programme to create a rider draft has really helped shape those athletes into professional riders.

Q. In the rider draft you chose Anish Shetty, Nicci Daly and Danny Skinner. How did you come to that decision?

We picked three riders who are really dedicated to what they’re doing and what really stood out for us — and why we have benefitted so well — is that all three of our riders are so professional. They are at a standard we would expect from any of our drivers in our other teams. At a race weekend we work really hard with them to help analyse the data and to look for areas to improve. Perhaps with our background in motor racing that’s where we have the knowledge and experience to draw on. But equally, all three of them take it very seriously and are eager to improve. There are small gains we are finding which they are looking to take an advantage with — in all, it’s a great environment to work in.

Q. Let’s start by talking about Anish Shetty, from Bengaluru, who is currently leading the championship. How impressive have you been with him?

Anish is proof that there are a lot of people in the world who have the talent, application, attitude and professionalism but just need the opportunity to succeed. He is incredibly successful at everything he does. He trains six times a week, he’s officially won awards as Asia’s Fittest Man, he races in motorcycles championships in India and he has a full-time job! He works so hard and he is proving where that hard work will get you. One of the great things about eSC is that it doesn’t have the financial barriers of traditional motorsport. It’s genuinely accessible to everybody and in the future when the grassroots movement starts, it will be even more so.

Q. Your second rider in the team is Danny Skinner, he has a different background to some of the other competitors doesn’t he?

That’s right, Danny is really interesting because he is perhaps one of the few riders on the grid who hasn’t been a professional athlete in another sport before eSC. But he has great technical knowledge of electric scooters and he has been a technician in motor racing in the past. But the way he has dedicated himself to be a professional rider has been amazing. He has lost a lot of weight and has taken every opportunity to promote himself, and eSC, and to talk to potential sponsors. He has completely dedicated himself toit and has truly earned his place on the grid.

Q. Finally, Nicci Daly is the second Daly to have raced for you, as her cousin Conor Daly competed in your IndyCar team?

Yes, Nicci is great because she combines physical fitness with the mental attitude of a professional sportswoman who has represented her country. She has this in-built understanding of what is required to represent a brand and a team. Plus she not only has her own motor racing background, from her family, but she was an engineer in the sport, too — so that’s great when it comes to understanding her own data. She puts a lot of pressure on herself to be the best and brings everyone else up to that level as well in the team.

Q. One of the great things about eSC is the opportunity for women to compete on a level playing field with men…

The other thing that attracted us to Nicci is the huge efforts she has made in promoting women in motorsport with her Formula Female and Go Girls Karting & STEM initiatives. For me personally, one of the things that attracted me to eSC was the fact it is genuinely gender neutral. We saw at the second round in Sion, Nicci got through to the final and the race was eventually won by Sara Cabrini. It’s great to be involved in a sport where it’s natural. And it’s not just on track, as Silvia Bellot is race director, and was the first female race director for Formula 2. It’s great to have women involved throughout the whole of eSC.

Q. As well as managing the eSC team, you have recently been appointed deputy team principal for the entire Carlin operation. Did you always want to work in motorsport?

I never thought it was possible to have a career in it. I originally wanted to work in politics and after my degree did work experience at the Houses of Parliament. My first job was at the Society of Motor Manufacturers and Traders and that mixed the motor industry with political lobbying. But a colleague from there went on to found the press office at A1GP and that’s how I got into motorsport. When I first joined Carlin in 2006 we were based in a small unit in Aldershot. Now we have a much larger bespoke facility in Farnham and it’s amazing the amount of Formula 1 drivers that have come through out team. Daniel Ricciardo and Lando Norris are still friends to this day. I always feel very privileged to be able to work in a sport that I love so much.