IN REVIEW: AN ELECTRIC SEASON OF ESKOOTR ACTION

As the sun set over the French city of Marseille, it brought to a close a dramatic season of racing in the world’s first championship for electric scooters. In fading light, Aymard Vernay was showered with confetti as he celebrated his achievement of becoming the inaugural winner of the eSkootr Championship (eSC). With amazing consistency throughout the year, the 28-year-old from Toulon held his nerve in the final contest to beat Italian Sara Cabrini by just five points. 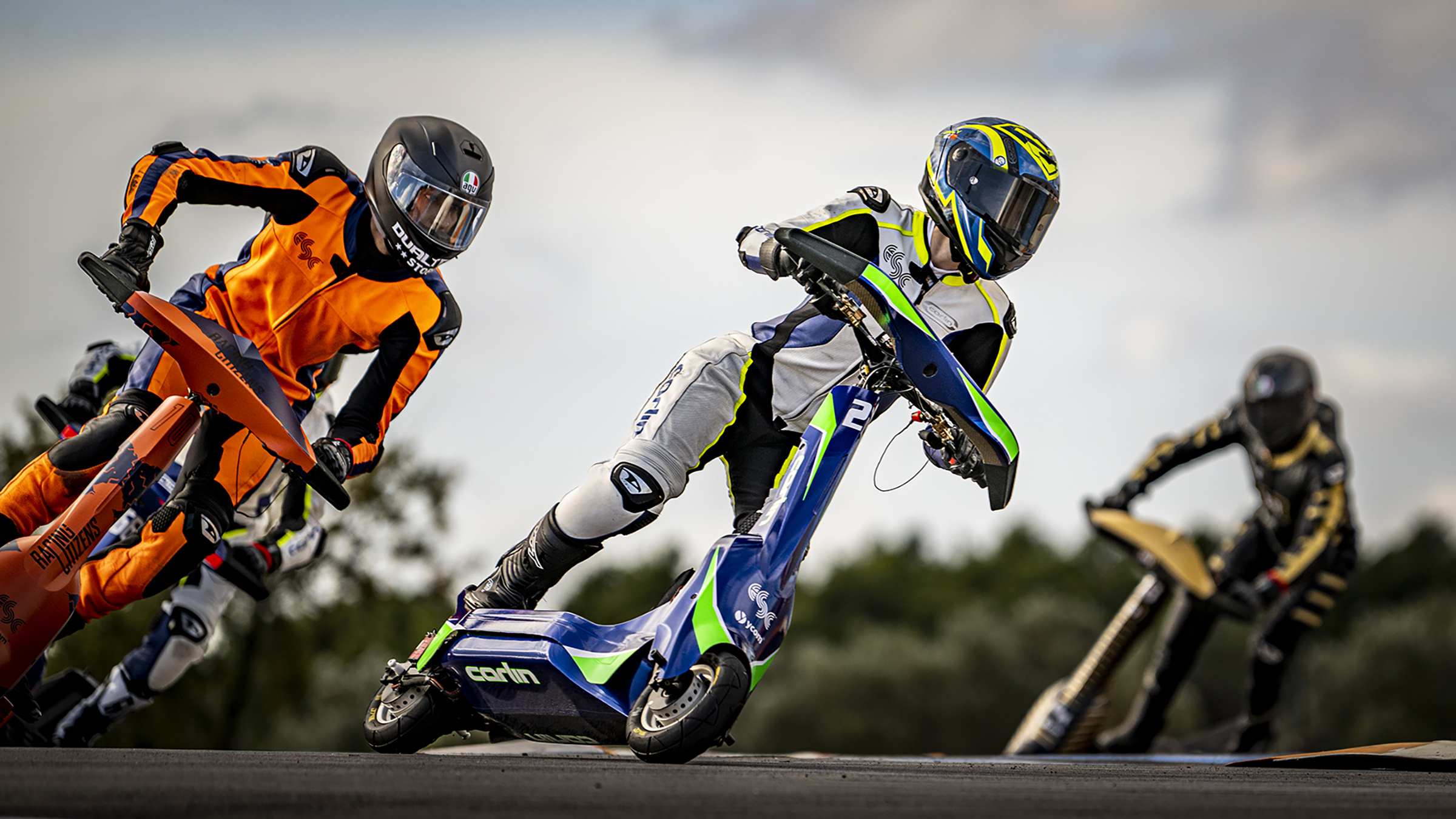 Across a number of European venues, including London, Switzerland and the South of France, the riders raced head-to-head through a series of fast and furious heats in equally-prepared 100km/h electric-powered scooters. The season came down to an incredible showdown in which seven riders had the chance to clinch the title on the final day - proving just how competitive the series has been in its debut year.

“We are indebted to our riders, our teams, host cities and broadcasters who have helped make this first-ever season of eSC an incredible success,” said Hrag Sarkissian, co-founder and CEO of the eSkootr Championship. “From our debut race on the streets of London, to the final in Marseille, everyone associated with eSC, from the staff to our partners, can be proud of their hard work and endeavours to make 2022 a truly memorable season.

“With safety and sustainability at its core, eSC has quickly established itself at the forefront of the micromobility movement and the sport is leading the way with regards to helping transform the way we think about transportation in our urban areas,” added Sarkissian. “This pioneering first season of eSC has generated huge amount of interest with key stakeholders in micromobility and also resonated with fans who love to experience exciting, wheel-to-wheel on-track action. We can’t wait to start gearing up for next season as 2023 is set to be even more thrilling.”

The S1-X is a battery-powered electric scooter with two 6kW motors capable of speeds of up to 100km/h. With the deployment of a strategic boost button for more power, this year’s championship featured riders competing in knockout style heats and amassing points the further they progressed in each round. Throughout the year there have been numerous highlights, from the opening race in Surrey Quays, London in May (won by freestyle scooter ace Matis Neyroud) to the epic course laid out through the picturesque streets of Sion in Switzerland - in which Sara Cabrini triumphed magnificently.

Throughout the season, fans have enjoyed watching this new discipline of two-wheeled motorsport and have supported racers including Indian rider Anish Shetty, who piloted his S1-X for the world-famous Carlin team, to Roberta Ponziani - the star of the final round - who raced for world heavyweight boxing champion Anthony Joshua’s 258 Racing team. And former snowboarder turned eSC rider Billy Morgan has entertained fans with his unique riding style, backed by Formula 1 driver Nico Hulkenberg and his 27X squad.

“It’s been amazing to see how our riders have adapted to racing on the S1-X eSkootr,” said Khalil Beschir, co-founder and COO of eSkootr Championship. “It’s thanks to their skill, athleticism and professionalism that they have been able to transition from their various different sports.

“For Olympians to learn about the art of racing and to consider the strategic elements of using boost and overtaking on challenging street tracks has been truly remarkable,” added Beschir. “It’s a shame that only one rider can take home the top prize as they have all performed to an excellent standard. Following the end of this first season we are now starting to make plans for 2023 and we will be announcing our rider opportunities in due course.”

The winner of the inaugural Teams’ championship went to former professional road cyclist Nico Roche’s outfit. Piloting his three S1-X scooters were motorbike rider Dan Brooks, ex-BMX racer Kilian Larher and British Olympic speed skater Elise Christie. As a mark of the competitiveness of the series, the Teams’ title was decided on the very final corner of the last race of the year when Carlin’s Nicci Daly had an issue and Larher nipped through to take the crown. With the on-track drama spanning the very first race in May, to the final in France, in eSC you can guarantee to expect the unexpected. Roll on 2023…