Coverage of the inaugural eSkootr Championship™ (eSC) will be shown live in 34 countries on beIN SPORTS in the Middle East and North Africa and parts of Asia. 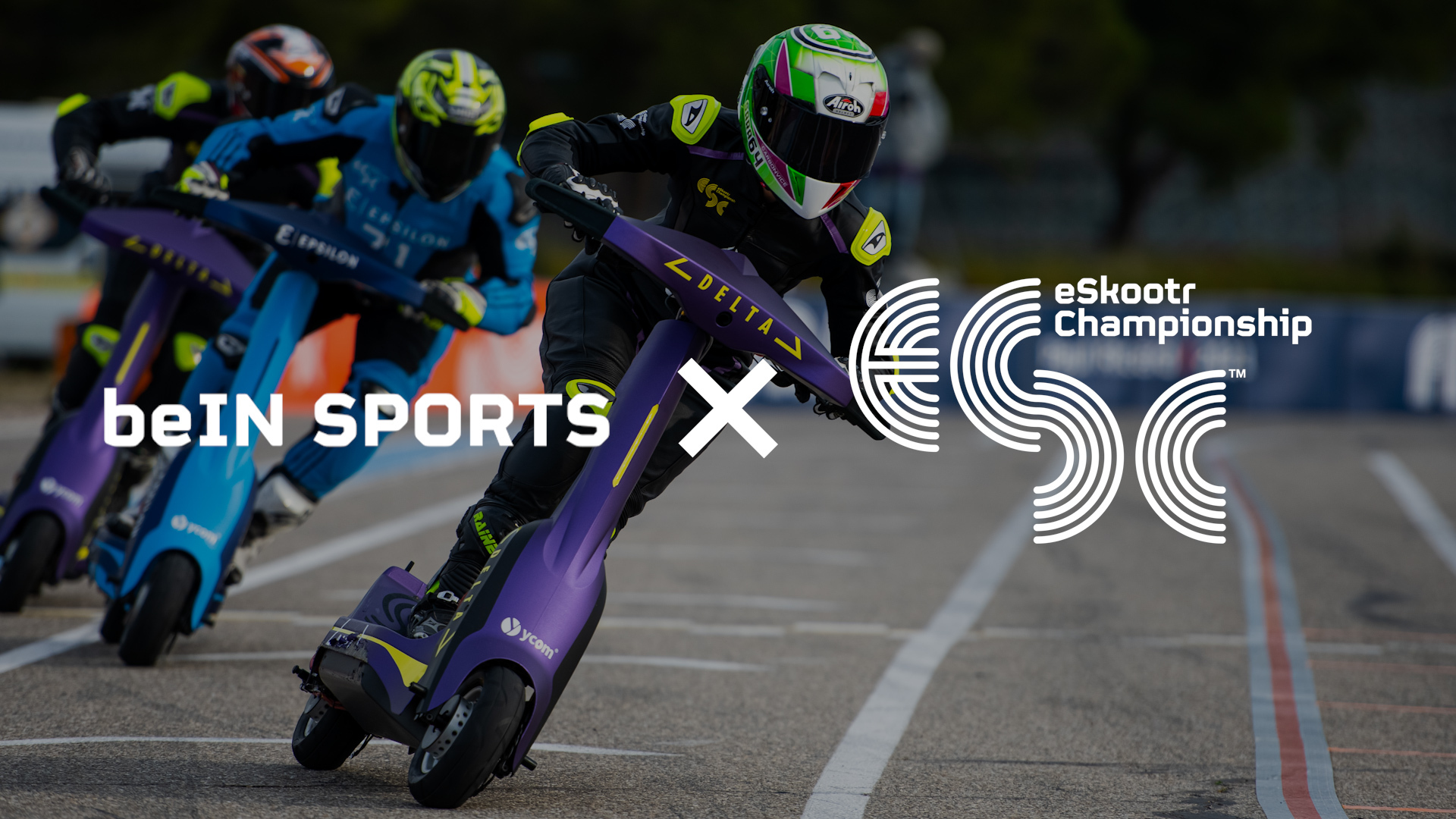 Coverage of the inaugural eSkootr Championship™ (eSC) will be shown live in 34 countries on beIN SPORTS in the Middle East and North Africa and parts of Asia.

One of the world’s biggest sports broadcasters, beIN MEDIA GROUP will show the first season of the eSkootr Championship in 24 countries in the MENA region including the UAE, Egypt, Morocco and Tunisia. The deal will also see the broadcaster offer coverage from all six 2022 races in 10 Asian countries including Hong Kong, Thailand, Malaysia and Singapore, as well as in Turkey.

The season begins on 13/14 May at Printworks London, with a further five rounds for the 2022 season confirmed in the Swiss city of Sion, and in France, Spain, Italy and the US. eSC is using new, creative camera angles and industry leading production techniques to provide viewers with a unique sports broadcast, and fans in the Middle East, North Africa, Asia and Turkey will be able to see live coverage of the races and the 90-minute highlight show on beIN SPORTS.

“Our vision for eSC is to be as accessible as possible for all, and by partnering with beIN SPORTS we are working with one of the biggest sports broadcaster in the world who will make the series available in 34 countries across the Middle East, North Africa and Asia.

“Motorsport is growing in popularity in the regions and we are excited to introduce our new form of racing to the sporting calendar with our industry leading, innovative broadcasting production.”