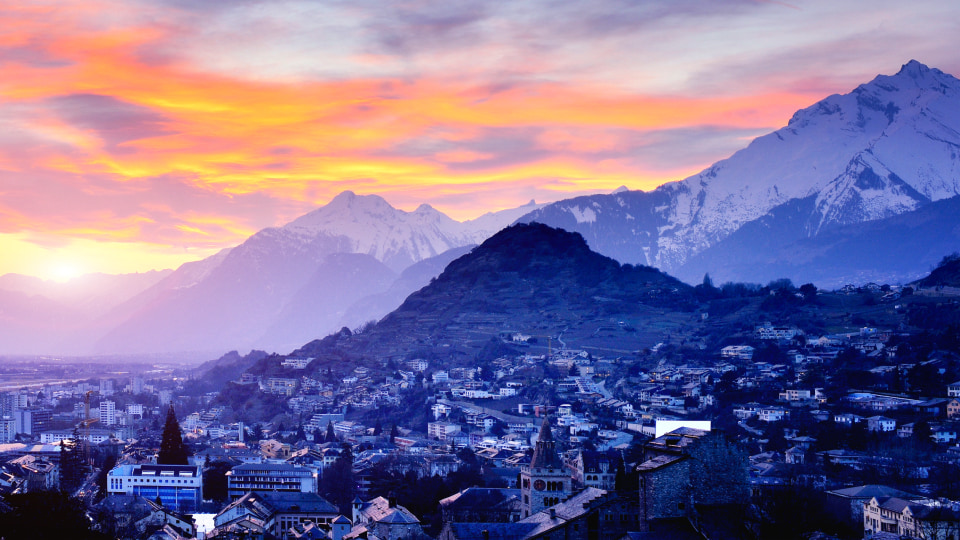 Next week the picturesque city of Sion in Switzerland plays host to the second round of the inaugural eSkootr Championship (eSC). Following on from the London season-opener on 14 May, the world’s first micromobility racing series heads to this lively destination in the Swiss Alps where 30 riders will compete for top honours over the weekend of 27-28 May.

An 18-turn track measuring 640 metres has been built around the centre of the historic city of Sion and will thrill both spectators lining the streets and a worldwide TV audience. The second round of the new series will form part of the International Transition Festival, that is being held in Sion from 24-27 May, in which the accessible sport of eSC is the perfect platform to promote the use of sustainable micromobility transportation in urban locations.

All eyes will be on one rider who will be hoping to extend his points lead at his home race. Swiss racer Matis Neyroud won the first-ever round of eSC at the Printworks London Circuit after he came through a thrilling series of tournament-style knockout heats. Neyroud (PLYR:1) pipped British rider Dan Brooks (Nico Roche Racing) and Carlin’s Anish Shetty in the 9-lap final to amass 33 points in total - three clear of his nearest rival Brooks.

Hailing from a freestyle scooter background, Neyroud grew up on the banks of Lake Geneva and the 20-year-old continues to live in his home town of Saint-Légier-La Chiésaz, which is approximately 50 miles north of Sion. He is joined on the track by another Swiss racer, Jamiel Guerchadi (Helbiz Racing), who hails from Lugano

London hosted the first-ever round of eSC and as the first fully inclusive racing series, featured 30 male and female riders competing together to demonstrate their riding skill on S1-X eSkootrs, capable of speeds of up to 100km/h. An exciting day of elimination heats culminated with two semi-finals and a grand final in which Neyroud triumphed by just under a second at the chequered flag. He’s hoping the momentum from his first victory will propel him to more success at his home race in Switzerland.

“The first-ever eSC race in London was a fantastic event and I was delighted to come away from the opening round with a win and the lead of the championship.

“It was a very warm day in London and with the number of races we competed in, it was physically challenging. I’m spending a lot of time training in the build-up to the Sion race. We also had a lot of spectators in London, so I can’t wait to experience racing in front of my home crowd. I’m sure I’m going to get a lot of support.”

With its mountainous backdrop and winding streets, the city of Sion is the second stop on the world’s first micromobility racing series calendar. Other locations in the six-round schedule will include races in Italy, France, Spain and the USA. Sion will be different to London in that the eSC track will utilise public streets, that feature more gradient, longer straights and tight, challenging hairpins. With nine left and nine right-handers the anticlockwise layout will really test the skills of the 30 riders and the engineering prowess of the ten teams.

While the racing in Sion will be fast and furious, the city is also hosting the International Transition Festival that will celebrate the move towards a more sustainable society, focusing on a variety of themes including mobility and transportation. The Festival forms an ideal backdrop to the mission of eSC and it will include educational workshops and displays and presentations about ways to achieve greener, safer cities. The eSC has at its core safety and sustainability with a commitment to creating more liveable urban areas.

“After a thrilling debut for eSC in London last weekend, in which we were proud to showcase our brand new sport and a completely different type of racing, we can’t wait for Round 2 in Sion.

“The response around the world to eSC has been phenomenal and our fans seem to really love seeing our new sporting heroes – a diverse line-up of male and female riders from a variety of sporting backgrounds – racing each other elbow-to-elbow in our intense heat format.

“Safety and sustainability are at the heart of eSC and by having our second championship round in the city of Sion we want to demonstrate our commitment to creating more liveable urban areas around the world. With the International Transition Festival being held alongside our event, the spotlight will be very firmly on what is important to us.

“The Swiss city will be a very different proposition to London, so I can’t wait to see how our riders will perform on this new track. I’m anticipating another dramatic weekend of racing action.”